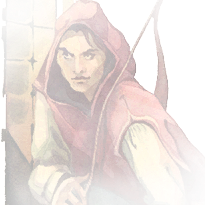 The Notes of a Melody

the Second Prince of Corruption

Daedric Prince of Corruption and the Couriers, who I met while studying at the College of Winterhold in 4E 201.

My older sister, and a member of the Camonna Tong. I haven't seen her since the Attack on St. Olms.

A secretive Altmer nightblade and bard, who I crossed paths with shortly before the outbreak of the Great War. I suspect he's in hiding from the Thalmor.

the Memory of Nirn

The Daedric Demiprince of deep waters and things forgotten, whose parent Prince is Herma-Mora.

An esteemed master wizard, originally from Vvardenfell but residing in Alinor for the time being, and my tutor at the College of Winterhold. Seeing as she was only staying in Skyrim for a year, I was quite lucky to have crossed paths with her.

A young Nord bard and thief, and one of the many faces worn by Lorkhan during the Oblivion Crisis. She sung her own tragedy long before she knew herself as the hero.

The son of a Skaal hunter and a Velothi refugee, who lives in the ash and snow of Solstheim. He is a scavenger and treasure-hunter, living off the barren land the best he can. He's far smarter than he seems, and far stronger than he knows.

The Hand of Almalexia who killed my sister.

A disgraced knight and mercenary, wandering the Iliac Bay in search of redemption.

A timid but intelligent Dragon Priest-to-be who got himself caught up in a Great House War, after House Hlaalu put forth a writ of execution and framed House Dagoth for it.

The lycanthrope who terrorizes northern Skyrim during the Dragon Wars.

A wandering Alfiq scholar who visited much of Tamriel throughout the First Era, and wrote many books about her journeys.

The orphaned Argonian who was raised by the ruthless, impoverished underbelly of the Imperial City.

The spellblade mercenary hired by the College of Whispers to secure objects of historical significance across Tamriel.